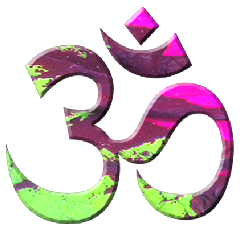 The ashram is where tapasya is practised. The ashram gives knowledge. It is run by a group of sadhaks (aspirants) who are lifetime practitioners of yoga

Yoga in the West

A lady by the name of Saraswati from Toronto was encouraged by Swami Sivananda to help spread his message into North America and Canada. She visited the Sivananda Ashram (Rishikesh) in the 1950s.

When Sivananda (as Dr Kuppuswami) first went to Malaya (1913) he noticed that the menfolk of the Indian community were mainly interested in 'women, wine and tobacco'. He did not socialise with them, instead he focused on his medical career and serving the sick and the needy. In 1918 the 'Spanish Flu' struck, killing millions of people worldwide, whilst he was working in Malaya. By the time he returned to India (1923) the desire for sannyas (renunciation) was complete. He had seen enough of the world and its temptations and suffering. He would have known that it was unwise to send a sannyasi back into the world of 'Maya' and temptation.

An English lady by the name of Hilary Perry-Keene lived at the Sivananda Ashram, Rishikesh, for about 6 years (from 1956) whilst her husband was working as a pilot in India. She spoke highly of the magnanimity of Sri Swami Sivananda and his work. She and her husband later came to Cairns Australia to help spread the message of Sivananda.

During the 1960s, yoga became very popular in the West. There were yoga teachers giving lessons on TV.

Swami Sivananda had already written: 'Gurudom has become a thriving business' and 'the aspirant wants to become a guru before being a disciple'. Some of the male swamis had not spent enough time under the tutelage of Sivananda, who knew that it was best to stay in one place and practise rigorous sadhana in order to bring the restless mind under control. He did not want the title of 'Guru maharaj' or anything like that, and requested he be addressed simply as 'Sivananda'. Of course, devotees used to worship his feet and garland him with flowers. He allowed them, so as not to discourage them. Afterwards he used to retreat to his room and beat himself over the head with his shoe forty times saying; 'O Mind, does this feel as good as the garlands of flowers and praises of devotees?'.

Sivananda wrote: 'Building Ashrams and making disciples brings about the downfall of the aspirant. They are also stumbling-blocks in the path of God-Realisation. The aspirant becomes another sort of householder. He develops institutional egoism. He gets attached to the Ashram and disciples'. 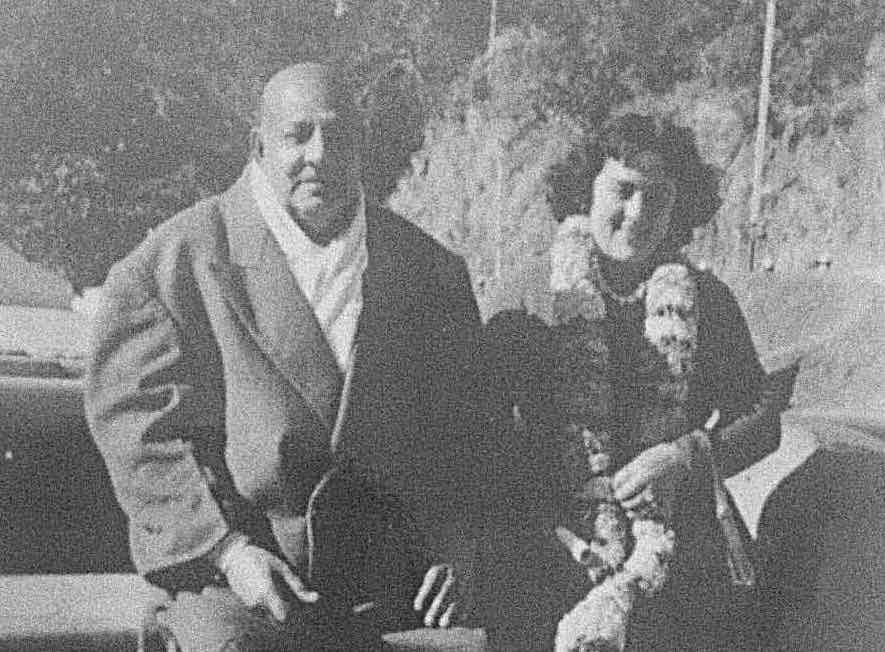 Yoga is not like a period of work, allowing for the later reward of a nice vacation. Neither is it like a plaything which can be made easy and attractive to all.

The path of yoga involves a series of rigorous steps which cannot be modified without the system becoming ineffective. It was not meant for all. Not everyone seeks perfection.

It is clear that most of the Indian gurus who came to the West were immediately corrupted by the social liberalism of Western society. This is why in proper ashrams under the Gurukula system, one does not become a swami until much later in life. For most people, it is necessary to live a householder life first, before taking renunciation. The desire for family life needs to be worked out first.

Ladies lack the spirit of renunciation. They have not got the same faculties as men have. Hence many Yoginis do not crop up amongst ladies. Ladies can have Darshan of the Lord easily, as they have ingrained love and devotion in them. They are naturally inclined towards bhakti (devotion) and karma yoga (selfless service). Certain undeveloped swamis from India made it possible for women to teach yoga because of the desire to attract more followers, often for their own selfish motives. Male and female aspirants should be in separate spiritual institutions in order to avoid sexual relationships.

They can easily become entangled, like a fish in a net

Mind quickly takes advantage of the least sign of weakness in the aspirant. It is like a tiger crouching and about to spring on its prey. It is not a question of being pure or impure. The very proximity of people of opposite sex is risky, however pure and well-meaning those involved may be. Moving with women unleashes a primitive force quite beyond the easy control of a human being. The woman herself may be spotless, but the power of Maya may work through her unawares. The hidden power of lust in man begins to manifest in a woman’s presence.

In India, the ancient spiritual heritage has undergone a decline due to the misinterpretation of the scriptures by a class of Pundits and ignorant swamis who have thrived on the faith and religious zeal of their fellow citizens. In the West also, modern man has used the popularity of the ancient yoga system for material gain. These days, gurus are popping up in vast numbers on the internet, rather like mushrooms.

The spirit of renunciation is an important foundation for the practise of yoga, and also the proper functioning of society. It cuts out selfishness, greed and cruelty. It fosters social equality, compassion and the spirit of service. Renunciation is strength.

Abandon egoism and jealousy to achieve success on the spiritual path.

A saint by the name of Surdas was a blind devotee of Sri Krishna. He lived several centuries ago. He was immersed in total devotion to the Supreme. He refused to sing the praises of the Emperor Akbar in the royal court. He cared not for wealth or wordly recognition. He sang only for God.

In this Kali Yuga anybody can be a guru. One who teaches yoga exercises is not necessarily a guru.

When one has pride in the beginning, the guru will help to erase such lower qualities. Do not think you can go to a guru with the idea you can take and run. This is the downfall of many practitioners of yoga.

The yoga exercises (asanas) are only a small portion of the yoga practice which are to help lift the consciousness.

The purpose of yoga is to detach and attach. Detach from the world, and attach to the Supreme. If you multiply attachments, this will multiply the sources of future pain. Correct your faults and defects.

You have had many children, many fathers, mothers, brothers, sisters, aunties and uncles in previous lives. Grieve not for the living, nor for the dead. The Soul is Immortal.

The Practitioner of Yoga

One must first be a disciple before becoming a guru. One cannot expect to do a six week yoga training course and expect to be a guru.

Someone who reads this and takes to the practice of yoga for changing, will see these things clearly.

Many who get exposed to a true teacher, someone truly wise, tend to keep their distance because of a lack of humility. This is caused by the ego or ‘I-ness’

If you drive through a red light you may either have an accident or get charged by the police. The road rules are for peoples’ safety, and the orderly flow of traffic. Breaking those rules comes at a price, somehow or another, at some time or another.

Why the need for a Guru?

When an individual takes to the practice of true yoga for changing the mind, there is no doubt that he or she will get tremendous benefits.

Otherwise it takes longer to reach the goal. To take a ball up a set of steps takes time and energy. However, the ball falls back down very quickly when dropped.

Systematic sadhana or discipline of the body, mind and senses endows one with awareness and practical mindedness. One may read about karma but not understand it due to the turbulent senses which blur the memory and understanding. What is needed is a refined discrimination and logic. What one cannot understand today, can be understood another day, or another year. The opinions of the wise men change as they evolve.

The real teacher of yoga is someone who has tyaga, or spirit of renunciation, and seva, spirit of service. He, or she, is someone who is accustomed to hard work and self sacrifice, and does not merely sit back whilst others do the work. Yoga is not laziness.

The real Guru is someone who is able to dispell the darkness of ignorance within the mind of the spiritual seeker. This is only possible if the Guru himself has overcome ignorance within his own mind through protracted sadhana, self discipline, discrimination and dispassion.

Kings and rulers in ancient times used to go with prostrations to ascetics, or yogis, in order to seek advice. As a matter of fact, the wise in India still do this today. Decision makers should ask advice from ascetics and sadhaks.

The Aim of Meditation (Raja Yoga).

Once the practitioner lays the foundation for spiritual life, and has withdrawn the mind and senses (just as a tortoise withdraws its limbs), the process of spiritual evolution surely continues like a river flowing to the sea.

'Abandoning cravings that bind; attaining perfection of mind; delighting in his perfect Self; merges with the Universal Self'.

When one has created within himself the qualities such as balance of mind, perfect sense control, and mastery over the passions; when one is neither depressed in pain nor jubilant in gain, and when all the scattered rays of the mind are withdrawn within, one becomes established in meditation. Meditation requires being perfectly established in all the spiritual qualities. Without the establishment of these, meditation does not come spontaneously. Meditation cannot be created in thin air; it is created by hard work. Refinement of mind comes through systematic practise and sustained effort. For some people it may be a short time, for others it may take longer.

The yoga system that has been moulded by Patanjali and other ancient rishis, stresses deeply the development of the student. The student, and a real guru who dispels the darkness of ignorance, must have a relationship that is like father and son. The society at that time supported the ashram. Later the parents who wished to have their children study in accordance with the guru disciple relationship (gurukhul), began to pay the guru, and give some rations, perhaps a cow for milk, or a piece of land etc. This system was seen to be of paramount importance in maintaining a stable and prosperous society, both materially and spiritually.

The guru is supposed to clear the doubts of the disciple and lead the soul along the path of wisdom, guided by the light of truth. However, many so called gurus are still in darkness, and it becomes a case of 'the blind leading the blind'. A true spiritual teacher should not be out to exploit people in an unethical manner.

A man once went in search of a Satguru. At last he found one and asked the Guru, “O venerable Sir, give me Upadesha.”

The Guru asked, “What sort of Upadesha do you want?”

The disciple asked, “O Beloved master! Who is superior; disciple or Guru?”

The Guru said, “Guru is superior to disciple.”

The disciple said, ”O Beloved Guru! Make me a Guru. I like that.”

Such disciples are plenty these days.

A true sannyasi, a rishi or muni, gives the society an opportunity to serve them. The society in turn needs to see the true reason for serving. They will get the grace of the sannyasi, who helps them to lift their consciousness.

Helping Each Other Out