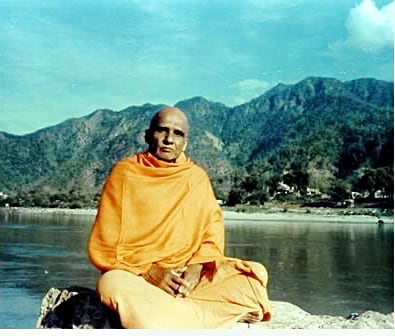 The world is a disintegrated appearance of the Absolute, a limited expression of Infinitude ...

Sri Swami Krishnananda (April 1922 – November 2001) became a disciple of Sri Swami Sivananda in 1944. He served as the General Secretary of the Divine Life Society in Rishikesh, India from 1958 until 2001

Sri Swami Krishnananda had an extraordinary intellect and a profound understaning of the Vedantic scriptures, as well as Western philosophy. He was versed in sanskrit from small, and as a boy had memorised the entire Bhagavad Gita which he used to recite daily. He had an an intense desire to serve humanity and did so also by way of writing over 41 books and giving discourses yoga, vedanta, philosophy and religion.

'Many Shankaras are rolled into one Krishnananda' - Swami Sivananda